Rhinoplasty with rib cartilage It helps to maintain nose line and lessens the feeling of a foreign substance
Author
WONJIN
Date
2020.05.08
Views
11,080 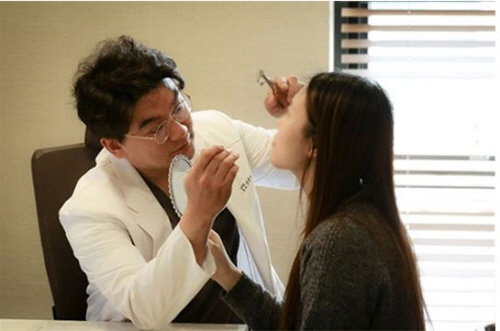 Rhinoplasty can change the nose shape, line, angle, and height through the use of cartilage or implants. There are differences between surgery type and method according to each nose feature such as bulbous nose, deviated nose, and upturned nose. It is advised that rhinoplasty should proceed using cartilage as much as possible because it controls the nose tip and nasal bridge by inserting an implant. Usually cartilage collected from the patient’s own body is used as an implant material on the nose area since it lessens the probability of inflammation reaction and demonstrates fewer side effects. The cartilage comes in several forms such as ear cartilage, septum cartilage, and rib cartilage.

Among them, rib cartilage is also called chondrgladiolar, and it helps in maintaining a satisfactory shape without any unwanted phenomena such as the tip lowering down or deviating upward since it’s less absorptive than other cartilage and hard enough to support itself well.

However, when using cartilage for rhinoplasty, it is desirable to proceed after verifying calcification of rib cartilage and precise diagnosis of the patient’s condition via x-ray.

Dr. Moon Seok Kang from Wonjin plastic surgery hospital said, “Rhinoplasty with rib cartilage will help the nose line. However, when collecting rib cartilage and inserting it, the surgeon’s experience and know-how are very important, so surgery should be preceded by sufficient consultation and medical examination when choosing the hospital.”

“With the best skill and aesthetic technique,
WONJIN Plastic Surgery Clinic will cheer you on your wonderful future”