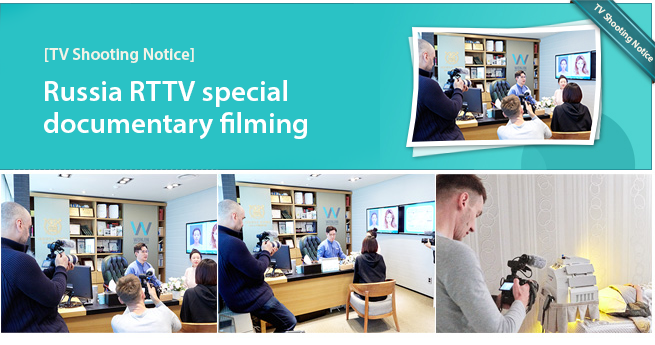 It seems that popularity of K-POP is not an exception in Russia as well. Russian broadcasting, RTTV, visited Wonjin beauty medical group to film documentary about young people who are dreaming to be a k-pop star and ‘cosmetic surgery’ which cannot be separated about ‘Korean beauty’

RTTV is an international broadcasting company which firstly reaches a billion views from YouTube and it is second popular abroad broadcasting channel after American BBC. Also it is broadcasting in various languages and opened 3 different languages’ broadcasting station as English, Arabic, and Spanish.

According to broadcast shooting in Hong Kong and Russia TV, the interest of Korean beauty and cosmetic surgery has been growing. It was a chance to estimate and evaluate that the Korean wave,hallyu boom is spreading all over the world not just in ChinaJapan but also in America, Middle East and Europe.

Many countries highly appraise the skills of Korean cosmetic surgery; Wonjin will continually make a greater effort to let all the people know about Korean beauty and share the advanced level of plastic surgery skills.