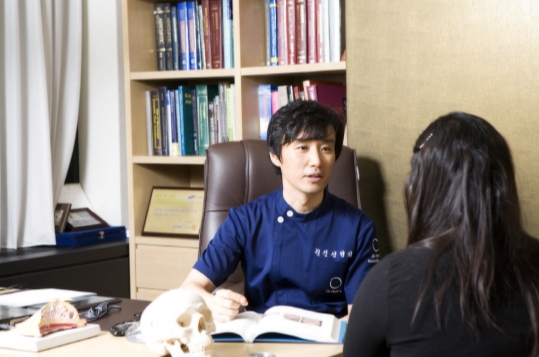 The area around the eyes shows prominent changes caused by aging due to thin skin and a lot of movement.

When aging progresses around the eyes, the skin first sags. These changes not only make you look older in appearance, but also the eyelids that cover your eyes make the lashes to keep irritating or you look order, as well as the eyelids cover the eyes, which can lead to functional problems such as eyelashes poking the eyes or deteriorating vision.

In this case, Wonjin Beauty Medical Group said that “In eye surgery for middle-aged, the both cosmetic and function parts should be improved, so it is necessary to approach differently from a younger point of view. It is desirable that the sagging eyelids due to aging resolve the fundamental cause through upper and lower blepharoplasty.

First of all, upper blepharoplasty is suitable for sagging eyelids due to aging. Upper blepharoplasty is an operation that cuts the skin of the drooping eyelids and pulls the muscles that open the eyes, which can improve the aging of the forehead, eyebrows, and eyelids at once. If the eyebrows are sagging or require large incision, eyebrow lifting may be performed together at the discretion of the specialist.

Wonjin Beauty Medical Group emphasized that “Middle-aged people are often reluctant to undergo surgery due to vague fear, worrying about changes in impression, and burden on recovery periods. However, if you are experiencing discomfort in your daily life, we strongly encourage you to visit the hospital for consultation.”

If you are planning of middle-aged eye surgery, it is important to know whether the hospital can identify the patient’s skin elasticity and aging degree accurately through systematic system and follow-up care is done properly in order to reduce the risk of side effects.