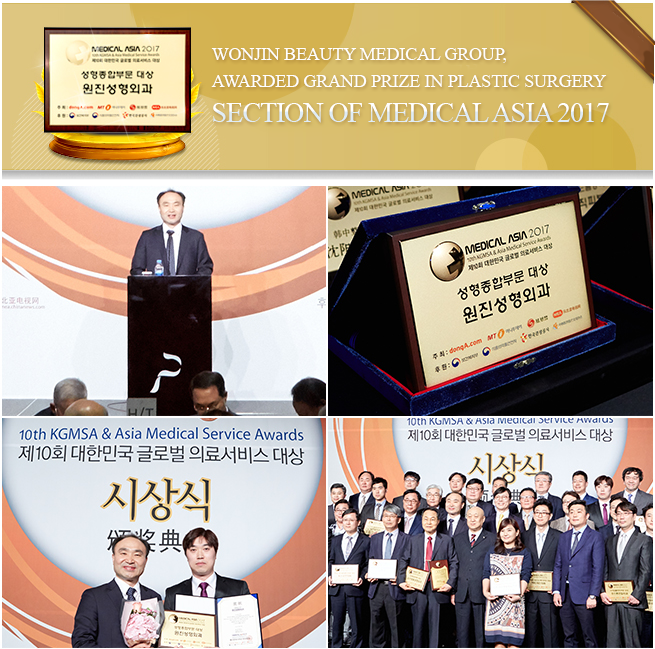 On April 27, Wonjin beauty medical group was awarded a grand prize in the plastic surgery all- around category of the 10th Medical Asia 2017, Asia Medical Service Center Awards.

Medical Asia 2017 Awards was established to maintain foreign patients and to expand Korean’s medical service all over the world. It is one of the biggest events held in South Korea as an international event with China, United States and Russia. The method of grand prize selection was based on preliminary basic research on the medical groups which are capable of maintaining foreign patients and survey and internet survey of 100 medical experts and medical tourism experts.

Won Jin Park, a representative surgeon in Wonjin beauty medical group, said “I am honored to receive the Global Medical Service Grand Prize in 2017. I will try my best to lead in constant effort and development to promote Korean plastic surgery wave to the world more than now.”