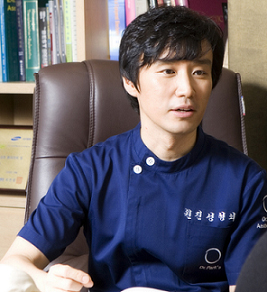 In a Martian X file broadcast on the 3rd, Ms. Park Chae Ri revealed her story of having larger than average breasts. Through this broadcast, female viewers could understand completely as she shared all her trying experiences and painful experiences she felt.
At first glance, Ms. Chae Ri appears to be a cute woman with a busty and glamorous body shape aka a ‘bagel’ woman. However, all the unpleasant looks and attention she got because of her body caused her severe psychological and emotional stress.Also, due to her breast size she could not comfortably enjoy going to the saunaswimming pool. Female viewers of this broadcast coulddefinitely relate as Chae Ri, to prevent any exposure, would always wear extra big and baggy clothing to cover up her breasts. Due to the weight of her breasts, Ms. Chae Ri suffered much pain in her neck and back areas. After getting a physical examination, she found out she had a slipped disk and also was diagnosed with scoliosis. Also, she became aware that while she thought her breasts were an H cup size,they were in fact an I cup. In the case of Ms. Chae Ri, her breasts weigh 10 times more than normal and this causes her neck and back problems. Receiving breast reduction surgery is a fundamental treatment option for her to alleviate these symptoms. As long as there is sufficient care and management after surgery, breast reduction hardly leaves scarshas side effects. However, it is a highlydifficult surgery that requires long duration of concentration. Meanwhile, Ms. Chae Ri’s mother was revealed to be Ms. Kim Mi Kyung aka ‘dong an’ since birth woman gathering much interest from theaudience.